Budapest is a city that is defined by water. The Danube, one of the biggest rivers in Europe separates Buda from Pest, and several smaller lakes surround the city. Hungary is known for having mineral water everywhere underneath it, but what is even more important is the geothermal activity underneath the country, particularly in the capital. This activity makes some of the best thermal waters and naturally warm thermal hot springs in the world, and with it comes the millennia old tradition of spas in Budapest.

The first spas were set up by the Romans, and they were set up in the Buda foothills, some of the most thermally rich and volcanically active, but safe places to encounter thermal springs. The Romans loved thermal baths, and they built elaborate marble and tile structures around them, in a show of worship,a shey believed that the natural forces were gods (the Tiberius was believed to be a God, and so was the Danube). As Buda was the perpetual border between the “civilized” Roman world and the Barbaricum, this was seen as the last outpost of Roman power, and the thermal baths were one of the few things that were secured, they were so important.

Later on many more spas (hammams) were built during the Ottoman occupation, which lasted for 150 years. During this time there was much cultural exchange, and the Turkish love for baths and bath houses, and the rich culture behind it spread to Hungary as well. Many of the old Roman sites were rebuilt, and many more sites were exploited for their thermal rich spring waters.

After this, Hungary already had a name for being a thermal city in the Monarchy, and the legacy of the thermal baths continued. Here are some of the ones that still work today:

A beautiful secessionist building that is in the foothills of the Buda mountains, right in the middle of Gellért square, on the banks of the Danube. This establishment is one of the oldest spas in the country, and has been popular since its inception. Now there is a hotel built around it, and the entire square is set just to serve this one spa. Amazing what it can do. 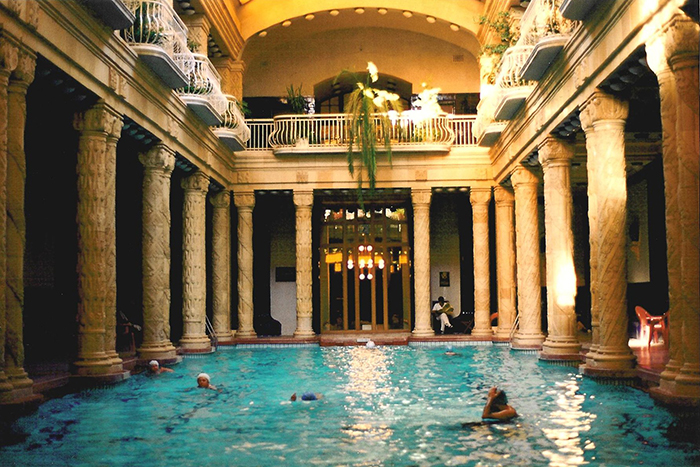 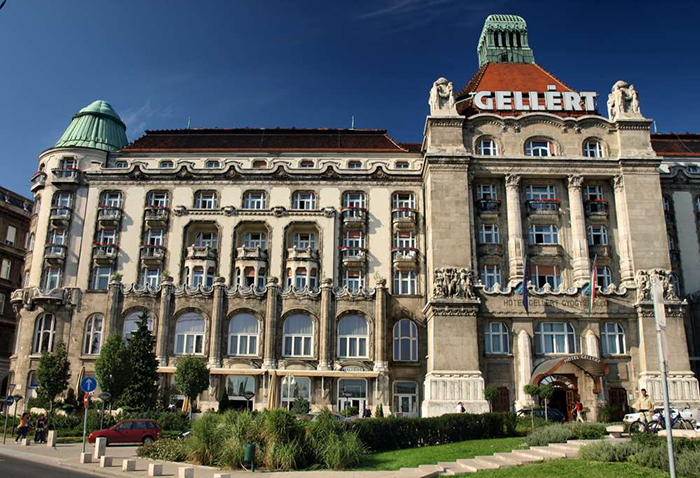 A smaller and more traditional sort of spa, this place is nothing short of a time machine. When you enter the old building that has been renovated so many times, but still kept its authenticity, you will be thrust through the space time continuum into the Budapest of old, of the capitol in the late 1800s. The style, the look, everything about this place is old timey, and it used to be men only, making it a very prominent place among the gay community. 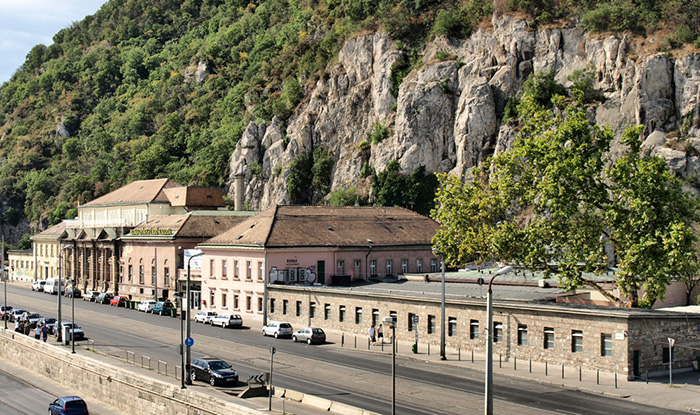 The most luxurious, most many faceted spa in all of Budapest. Located in the biggest park in the Pest side, the Városliget, this prestigious spa is both a place that serves both a medical function, and as an aqua park of sorts. Doctors in Hungary will prescribe regular visits to the bath for skin diseases, eczema, nerve disorders and other ailments. The place also has many pools, a massage parlour, some slides and warm water pools as well as swimming pools for the sports lovers. There is an underwater massage vent as well, which is a whole lot of fun. 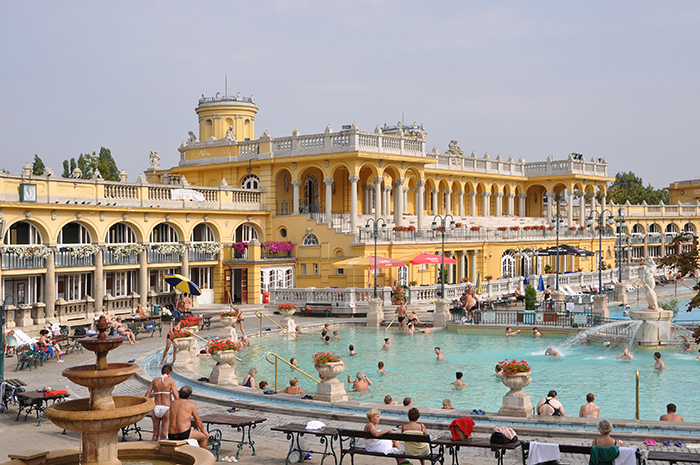 Another classic, this place has been around since the Middle ages, and is known for the particularly high strength of its waters. The waters here have high levels of sulphur as well as other minerals, and is almost 40 C when it comes out of the ground naturally. Some of the water here is bottled and is safe for consumption, and cure a number of digestive ills, and can help with metabolic diseases as well (sadly it cannot cure them, though).