Budapest - the hidden beauty of Europe

There are so many beautiful cities on the old continent that are so rife with their millennia old rich histories and the many different historical epochs all leave their marks on the towns like so many pockmarks, it is sometimes difficult to get to all of them. It seems that Budapest’s star is rising again, and it is now being mentioned as one of the places to visit if you are going to the old continent. The problem is that there is so much to see in the Hungarian capital, and the sprawl is considerable. Here are some of the most breathtaking and beautiful sites Budapest has to offer in a neat list.

Basilica: The St. Stephen’s Basilica is one of the iconic monuments in Budapest. It is a very important part of Hungarian Catholicism, as the most revered artifact, the severed right hand of the first HUngarian saint, the State former and father of modern Hungary, St. Stephen is kept there. The architecture is amazing, and for a small extra fee you can go to the top of the towers and look out at the inner city. The site is breathtaking, and the place itself is beautiful, and has acoustics that are one of  akind. This is why so many choire meetings and organ recitals are held here.

The Castle: The Castle district has some of the most beautiful things in it all in one place, making it a tourists paradise. The area of the this walled castle and the district around it used to hold all of the city, which is hard to imagine considering the incredible sprawl that this city now has. Immediately upon entering, you will be confronted with the Bécsi kapu, or Weinergate which is an architectural wonder in and of itself. Starting up the road, you will soon enter a square which has the Matthias temple on it. The temple has a beautiful intricate tiled roof, an amazing central knave and a lot of acoustic concerts are held here. The square it is on is a dedication to the plague of 1349, which took one third of the country. The labyrinth is just nearby, which is a beauty to behold, and which has a fountain that squirts red wine. There are several museums and ruins to see as well, some of them historical, some of them art museums, but all the ones in the Castle are very important. 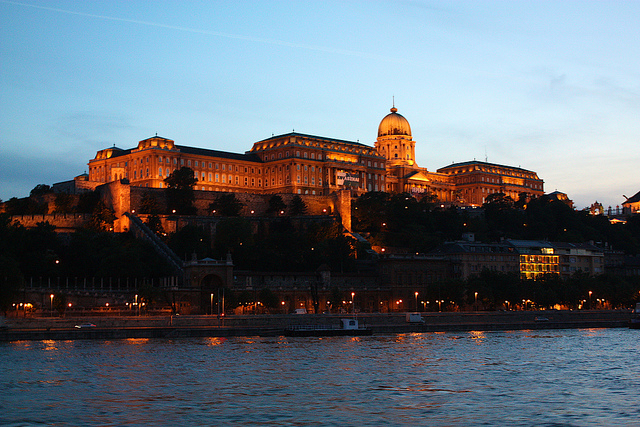 Váci street: The main shopping street of Budapest and also dubbed the “Fashion street”, this is exactly what you would expect; a beautifully maintained street that as shops on top of shops. Many of them still retain that old Budapest feel, some of them are quite modern, and there are a thousand places to eat along the Váci street as well. The street stretches from the Vötrösmarty square which happens to be one of the most quaint and interesting little squares in Budapest, and it goes all the way to the central marketplace.

The central marketplace: HUngary is a place that was built long ago, and is built for a different century. The large marketplaces all along the town are just evidence of this; instead of supermarkets, we have markets, with vendors hawking vegetables and fruits, meats and cheeses, and spices as well. The central marketplace brings to mind the early 1900s, and is the largest and most tourist friendly marketplace. The place also has restaurants and clothing stores on the top level, and eating there is an amazing experience.

Gellért fürdő: The Gellért hegy is an amazing little hill. It sits atop God only knows how many hectoliters of thermal water, and the Spa at the foot of the hill is a typical Budapest site that is an absolute must see. The hill laos holds the cave church, which is a very sacred place for Catholics, and is the site of many a miracle and a church that is carved into the living rock of the mountain named after the most famous Hungarian martyr, saint Gellért who was martyred on that mountain. The top of the mountain holds one of the last communist statues that has been allowed to stay, the statue of liberty. This statue holds a giant wreath atop of its, and is surrounded by a beautiful little square on the top of the hill. The panorama is absolutely stunning, and most of Budapest can be seen from this high up.

Margaret bridge and island: The Hungarian capital is located on the Danube, and this means tons of little islands. The biggest non inhabited one within the borders of Budapest is the Margaret island, and it has a wonderful history. The bridge has recently been renovated, and as Budapest is the City of Bridges, they are especially ornate and beautiful. The Margaret bridge is a worthy mention next to the Chain bridge and the Bridge of Freedom. The island is basically a floating park, with tons of green, an open air stage, a spa, a swimming pool with an artificial beach around it, tons of sports facilities, restaurants and even a dance hall and a disco. A favorite for dog people, lovers and families.

Duna korzó: Then entire city of Budapest is defined and characterized by water. The Danube separates the two main parts of the city, and the space along the Danube is completely walkable, and has been transformed into a corso of sorts. Beautifully done sidewalks and the 2 tram line are on the Pest side, and the beautiful Buda hills and the vista of old Budapest open up before you, not to mention the beautiful site that the bridges yield.

Hősök tere: Hero square is worth visiting for three things: beautiful statues, museums and the largest park in Hungary. The statues and the entire square is truly a work of art, and needs to be seen to be believed. There are two museums on either end of the square, one is the National Museum of Art and the other is the Museum of Modern Art. Both are absolutely stunning works, and are an integral part of the Budapest art experience. The Városliget, Budapest’s biggest park opens up from the Hero square, and reaches back into the 14th district for miles.

Kopaszi gát: A beautiful free park in the south side of Buda, near the college town. This free institution is great because it gives you a view of the south, which is beautiful and quiet urban. The place is a dam, and feels like leaving the city when you enter it, and is full of all sorts of wildlife; it is one of the favored spots of bird watchers. While swimming in the Danube is strictly prohibited in this place, you will see swimmers. If you decide to swim, know that you are breaking the law and can get fined, and if anything happens to you, you will be devoid of legal assistance.

Andrássy út and The House Of Terror: Andrássy út is the Broadway of Budapest. One of the few avenues that have been planned and built according to plan, this street has some of the most high end design shops and fashion boutiques, and some fine dining as well. It is also home to the Opera house, an internationally acclaimed, one of a kind building that is stunning and marvelous. The other, less fancy site on the avenue is the house of terror located just after the Octagon. This house used to be the headquarters of the secret police during the Nazi regime and the Red terror as well. It was later on used as a museum, and it is quite shocking to behold but sadly, this too, is a part of our history. A must for history buffs, and a very interesting and unique, if somewhat depressing experience for the museum goer.