Budapest is a city that has been historically rather unlucky, and much of its bad luck has been due to its location. But some good things have also come with this location, and one of them is the fact that Budapest has 4 distinct and beautiful seasons each with their own unique qualities and sights, so the city transforms into 4 different cities throughout the year. The Winter face of Budapest is absolutely beautiful, and is very worth seeing. Here is a list of things to do in Budapest in the winter, with enough options for everyone to be able to sink their teeth into something. 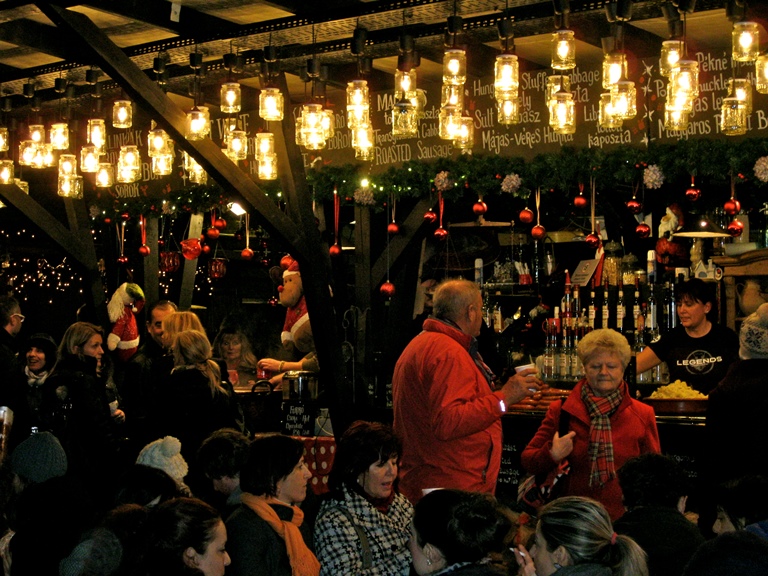 There are some traditional Hungarian christmas foods that are delicious and can only be picked up in the winter. They usually involve nuts and vegetable proteins, as pigs are generally slaughtered after Christmas, and usually involve chestnuts, as these are emblematic of Christmas. Here are a few.

Beigli: A roll made with poppy seeds or walnuts, and a dough that is more butter than flour. The lightly glazed rolls are the Hungarian equivalent of fruit cake; must have, but no one really eats them, and there is always some left over, and husbands will be eating it at work well into the month of January.

Roasted chestnuts: Almost every corner of the inner city of Budapest has an open charcoal grill that they use to roast chestnuts on. These are just chestnuts roasted on charcoal, no sugar, no additives, no artificial flavouring. They are a bit sweet naturally, and taste great. A bag of them costs around 1 euro, and fill two people up and hold them over to the next meal. High in protein and easy to digest, not to mention 100% organic.

Funnel cake: Funnel cake is called Kürtöskalács in Hungarian and ours is of course a little bit different. It is shaped like a giant swirl, and is made on an open charcoal flame, with the dough stretched fairly fine over a piece of wood that is spun over the flame, and gives it a delicious flavour. The outside of the cake is decorated and flavoured with walnuts, sugar, cinnamon and a number of other things as well. Available in little huts throughout the city, usually close to metro stations.

Hot wine: Called Glühwein or Forralt bor, this drink is basically wine that has been boiled with a bit of water, and spices mixed in (anise, cinnamon, nutmeg and mace, to be specific). This is the official drink of the winter, every Hungarian loves it, and the alcohol content is much diminished, meaning you need quite a lot of this tasty beverage to get you drunk.

The city transforms as there will be less people, more snow (hopefully, although these years there is no more snow in Hungary- thanks, global warming!), and festive decorations and lights everywhere. The Andrássy boulevard has possibly the most elaborate ensembles of blinky christma slight sin formations; christmas trees, santa claus, reindeers, etc, but the lamp posts and the tram stops are all adorned and decorated thoroughly. The Christmas markets at the Basilica, the Vörösmarty square, and in many other areas are also very festive; they are like magical little villages full of food, wine, and awesome gifts made by hand and by craftsmen, who you can talk to and even ordre something special for your special someone.