Budapest is a city with a lot of parks and opportunities to hike, as well as one of the most extensive bicycle route systems in Europe. Spring is already approaching, so its time to hit the woods. There are numerous forests in and around Budapest, as well as a few parks and locations that are outdoors and are a lot of fun to visit. Here is a look at some of the most beautiful Budapest gardens this spring.

Margaret Island, or Margitsziget is an island with a rich and quirky history, and is probably the favorite local picnic site. The island is refreshing and fun to walk around, and it has bicycle paths and a jogging ring that goes around the entire island, a 2.5 kilometer ring with a beautiful view of both sides of Budapest. The island is a haven for sports lovers as well, as there are several gyms, and an indoor swimming pool. One of the main attractions (aside from an outdoor theater, a zoo, 2 botanical gardens and the ruins of an ancient monastery) is the “bringóhintó”, a foot driven car of sorts, which can be rented by the hour on several parts of the island. 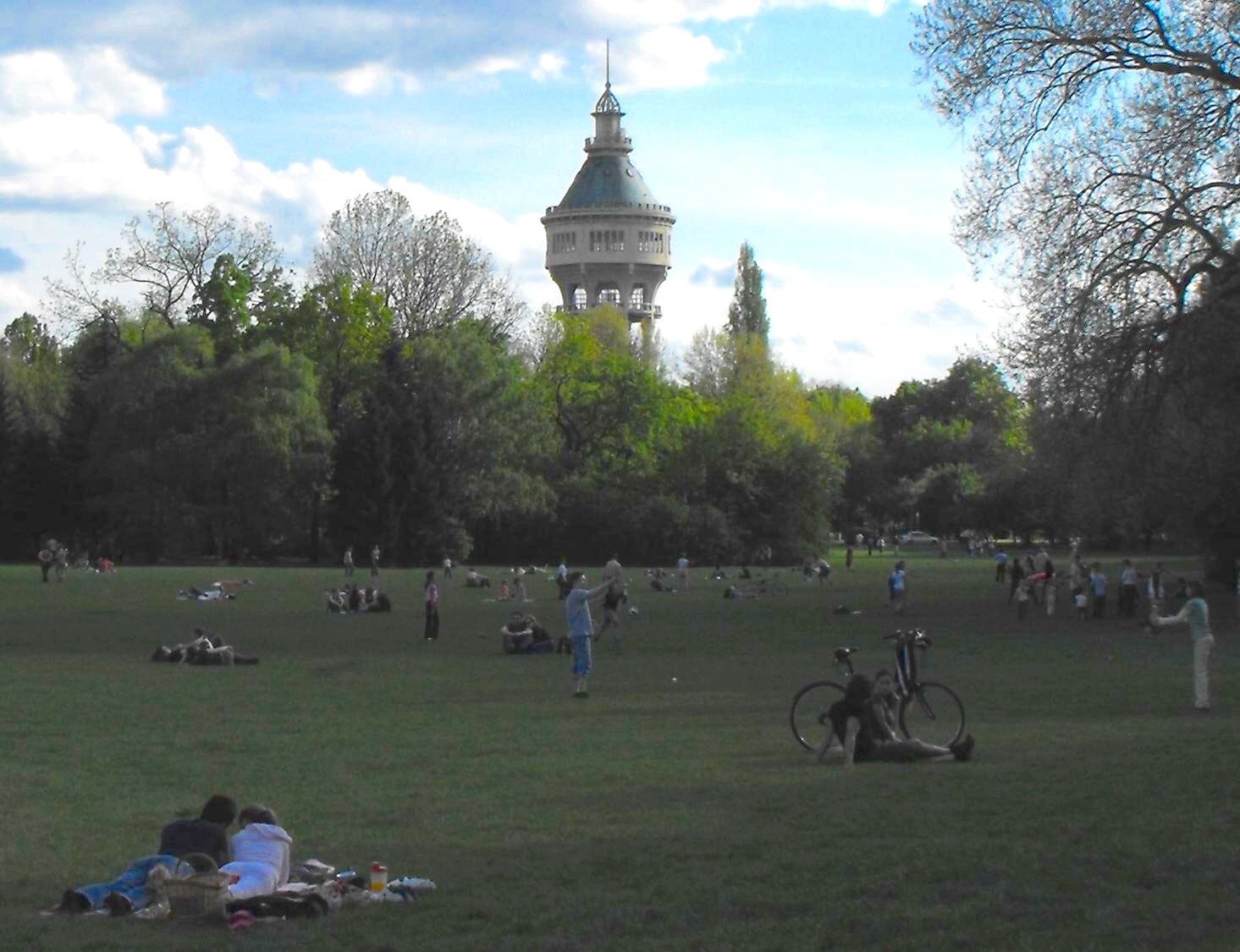 The biggest park in Budapest is the Városliget, and is a 1.2 kmˇgreen oasis in the middle of one of the busiest places in the city. Located between Hero square and the Ajtósi Dürer fasor, this park has basketball courts, playgrounds, tennis courts, and everything else you would expect from an urban park, but it is also home to the Petőfi Csarnok, a huge arena that is frequently the venue of concerts and has one of the best flea markets every sunday. There is a beautiful Chateau in the park that is right next to an artificial lake that sometimes functions as an ice skating rink. The park is flanked by the Circus and the Budapest Zoo as well, it is one of the best places to go with the whole family.

The most frequented part of the Buda mountains is Normafa, a huge valley that overlooks most of Budapest. You can get on a bus at Széll Kálmán tér, and after 15 minutes find yourself in a refreshing green environment. There is an extensive forest that sprawls between Budapest and the Pilis, and Normafa is the first little gateway into this forest, with a little food stall, an observatory not far away, and a conservatory a little further away that also gives tours and nature walks in the area.

Gellérthegy is a small mountain in the middle of the city, on the Buda side, on the shores of the Danube. The 235 meter tall hill is now a UNESCO world heritage site, and has a unique church that is etched into the cave itself. On the top of the hill is one of the last Soviet era statues, the Statue of Liberty, which holds a up a laurel. The hill provides an exceptionally good view over the city, especially at night, and is often frequented around sunset. 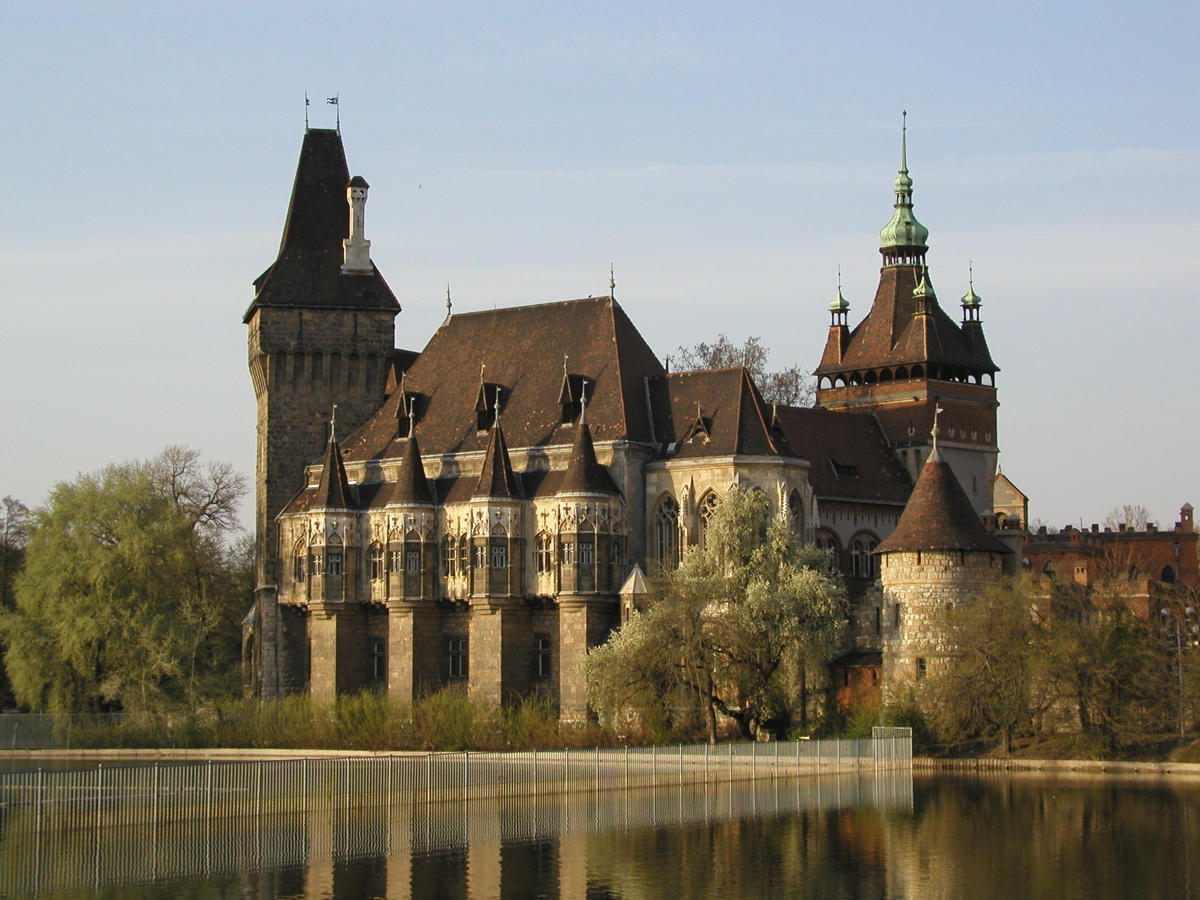 Budapest’s seemingly gray inner city is dotted with small parks and green spaces that are hidden from plain sight. One such green island in Budapest is the Károlyi keet, located in the heart of the 5th district. It is one of the best kept palace gardens, gardens that used to be belong to certain properties and manors. The now public park was fashioned after the then popular British parks in 1768, and has been a public park ever since 1932. The park is three quarters of a hectare, and is a good place to sit down for a few minutes, perhaps with a snack and catch your breath if you are looking around in the inner city. It also has a flower garden, a play area for kids, and a public bathroom.

Right next to Kálvin tér is the Hungarian National Museum. This building has one of the most spectacular gardens in the inner city, and is a frequented picnic and hang out spot, as there are several Universities nearby. It is an ideal place to visit because you can sit outside and enjoy a meal in the sun after seeing the Museum, and plan the rest of the day. The garden overlooks some quiet back streets, and is shady and relaxing, with some beautiful trees, and two iconic magnolia bushes. Worth visiting if you don’t want to leave the city but require a green environment in Budapest to let off some steam. 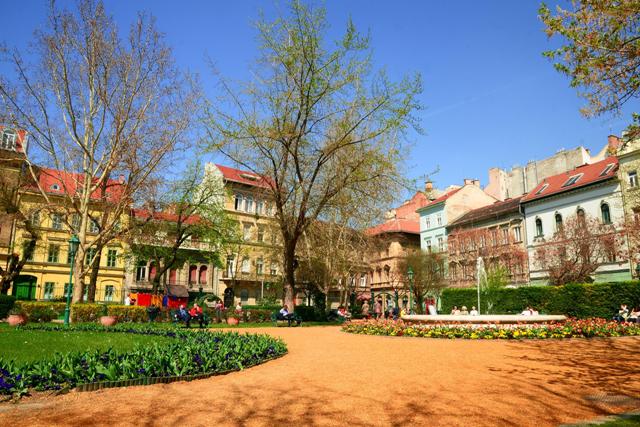