The opening of the Budapest Sky Terrace has drawn attention to an aspect of Budapest that everyone who has been living here for any length of time is quite well acquainted with; the fact that the city looks beautiful and chaotic from up high. This city was not built according to a plan, it arose as organically as the mountains, with each settler building a new house, and each age adding on a new district until you have a hodgepodge of buildings from all eras, styles, shapes, sizes and heights. Seeing this is like seeing history unfold before your very eyes, it is beautiful and quite hectic. This aspect of the city has been exploited by several clubs in the past, but only recently has Budapest gained an international reputation as looking good form above. Here are some of the clubs that allow you to gain a view of the Hungarian capital.

The club that brought this aspect of Budapest into view is unsurprisingly located in Gozsdu udvar, in the heart of the city, where the foreigners like to party. The party district meets the upper class in this neighborhood, and this club and bar is just what is needed on a hot day; a breath of fresh air, served with a breathtaking view. 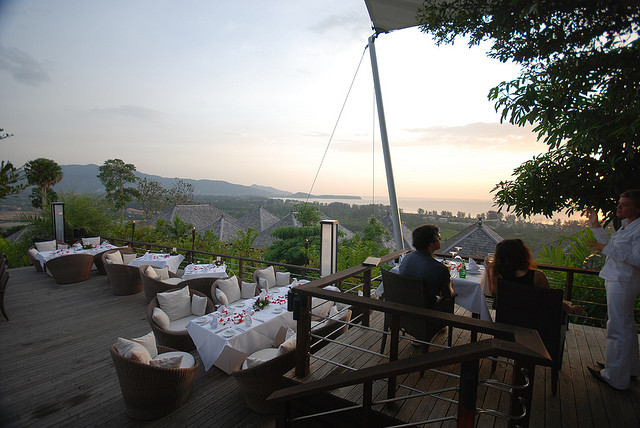 This bar, located on the prestigious Andrássy boulevard sees the city from an interesting angle. Usually, the places on high look from the outer districts into the inner city, but this place is smack dab in the middle of where everyone is gazing, leaving you with a view of the considerable sprawl and the beautiful curve of the blue Danube as well.

Blaha Lujza tér is the grimy city center, and in the middle of it is the now defunct Corvin shopping mall, a mall that was built during communism as a center of commerce and trade. This building is much taller than most in the area, and thus the top of it leaves most of the city visible in full force. The club and bar on the top floor is one of the biggest ones in the city, and is always packed with all kinds of people, and the view from up there is something to remember, particularly at night, as all of the neon signs and city lights are visible from this space. Truly a sight for sore eyes.